Nerd is the Word 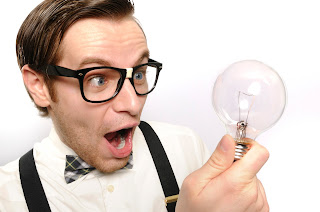 According to the American Heritage Dictionary, Dr. Seuss is the father of all nerds.


Yes indeedy, Elbow Benders of the geeky persuasion – the first documented use of the word Nerd can be found in the 1950 Seuss story, If I Ran the Zoo.

If you are unfamiliar with this riveting tale, I’ve created a Seussy synopsis just for you…


It makes the case for one Gerald McGrew


who has a list of the things he would do


if he were the cheese in charge of the zoo.


And there on his list was something brand new –


An ill-tempered Nerd from the land of Ka-Troo.

Okay, I only call this Nerd dude ill-tempered because of the accompanying illustration – think grumpy humanoid sporting crazy hair and a black T-shirt.


Just as they did for me.


You know, if this fellow from Ka-Troo did sport those glasses…

Um, maybe I should call him Daddy Seuss from now on.

PROMPT: How are those YESvember novels and picture books coming along? Why not throw in a crazy new word of your own today for a little extra fun? Who knows, it just might stick. After all, Yahoo, chortle, quark, and cyberspace were all found in stories first. And yeah, that list pretty much proves that we authors are obviously…


former residents of Ka-Troo.
Posted by Barbara Davis-Pyles at 6:24 AM No comments: 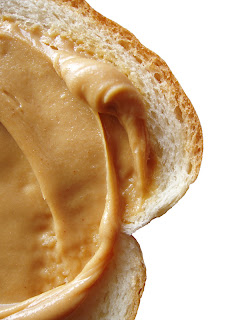 In the interest of full disclosure, I want to inform you that November is not only for writers who revel in raisin bread.


And if you were a child in the 1970’s, I’m pretty sure this news has you striking a Scream pose (à la Edvard Munch) right about now.


For the rest of you – just thank your lucky stars that you don’t share our Reese’s Peanut Butter Cup PTSD.


You see, back in the day, they ran television commercials that featured a guy – a normal, sane individual – nibbling on a chocolate bar while strolling down the street.


Well, this completely rational human being runs SMACK into another guy walking in the opposite direction… who just so happens to be chowing down on a HUGE tub of peanut butter.


(SPOILER ALERT) The two dudes then completely disregard germs and saliva, try the combo, and deem it to be totally super-fantastic or somesuch.


But beyond the obvious hygiene issues –what always mystified me about these ads was the guy pigging out on the TUB of PB.


What kind of unhinged lunatic does this sort of thing?


And now it’s November – THEIR month!


Trust me, they’re out there on a sidewalk near you.


You have been warned.


AND the raisin bread.

PROMPT: It’s all about ambling along with unusual objects today. Is that guy headed your way really hauling a …….?
Posted by Barbara Davis-Pyles at 7:53 AM No comments:

Beauty IS the Beast 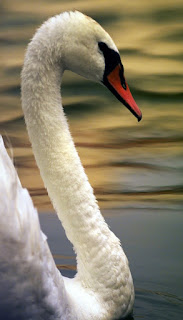 You see them on sugary-sweet stationary…


And cutesy cards for Valentine’s Day.


You’d think that they’d be sissy-birds.


Six feet long from bill to bottom BIG – with an 8-feet-of-awesome wingspan.


And they are, without a doubt, very, very BAD…


Rumor has it that university rowers in Ireland cancel practice if there are swans on the river. And just last May in England, a swan dubbed “Mr. Asbo” had to be whisked away in the dark of night after three weeks of battering and biting boaters on the Cambridge River.


Kinda makes you want to re-think that sweet, swanny Valentine, doesn’t it?


But hey, I love these contrary and contradictory birds.


And I’m lucky enough to live in a place where they while away their winters.


So, I am happy to report that the trumpeters arrived this week with their customary raucous ruckus…


That doesn’t sound anything like a band of trumpets –


but more like a clarinet combo with a really bad case of the hiccups.


I guess it’s time to put up that boat.


Posted by Barbara Davis-Pyles at 6:27 AM No comments: 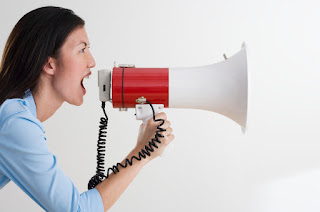 
Let your voice be heard.
Well, now that we’ve got that out of the way, let’s make sure your voice is heard in another way as well.


Yeah – I’m talking about on the page.
Editors and agents will tell you that they’re always on the lookout for new “voices.” And no, they are not referring to the posse of little voices that reside inside their own heads.


They’re talking about new writers who say what they say in a unique sort of way.
Well, that sounds easy enough for us scribblers to do, right?


Until the cows come home…
from jumping over the moon.


But you can’t learn voice.
Voice is something you must find.


You find it in a thousand pages of scribbles and notes and stories and poems and drafts and revisions –
which is one great reason why NaNoWriMo and PiBoIdMo are such wonderful challenges.


Because after 30 days of slamming scenes on the page, you’ll probably start to notice that your words no longer sound like they’re fresh from Seuss, J.K. Rowling, Stephen King, Chuck Norris, or the neighbor’s fat cat.
They’ll sound like they’re coming from you.


And if you listen closely, you might hear something else as well…
Those little voices inside the heads of editors and agents offering up a great BIG little-voice cheer!


They’ll hoot and holler, whoop and rejoice!
For they’ll have found an amazing VOICE!


One that’s fingerprint-snowflake YOU—
And wonderfully, totally,


PROMPT: Find your voice by exploring those “little voices” inside the heads of your main characters. Are they mostly happy chatter, fuming rants, or basically “Bacon, bacon, bacon”? Hmmm… what if one’s a vegetarian… or has political differences… or wants OUT?
Posted by Barbara Davis-Pyles at 7:38 AM No comments: 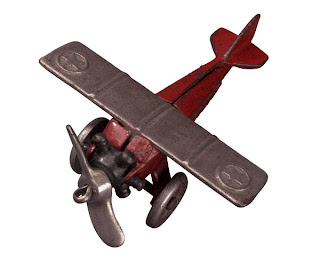 Here in the Pacific Northwest it’s not only a Monday, but a rainy day as well. However, you won’t catch us going all Karen Carpenter – hangin’ around with nothin’ to do but frown…


And we’ve got goals we’re going for, so let’s get this week started with a  taste of inspiration…


And who could be more inspiring for goal-getting than Michel Lotito?


Yeah, I’m talking about the French guy who dreamed big – Cessna 150 big. As in, he wanted to eat one.


Sure, he was probably bananas (ironically, the one food that made him sick).


IMAGINE what YOU can do!


Getting back to that novel or posse of picture books doesn’t sound so bad now, does it?


And I’ll bet they taste a lot better, too.

PROMPT: BIG Goals and unusual food choices are on the menu for today… just try not to combine the two. What are your main character’s favorite foods? What’s the stuff he/she will not touch? Or try this appetizer and GO – The minute I saw those random number generators piled high on Elmer’s plate, I knew there was going to be trouble…
Posted by Barbara Davis-Pyles at 7:46 AM No comments: