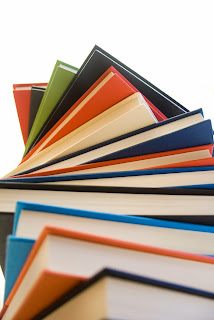 Is a NaNoWriMo novel your YESvember goal?

Look what a NaNoWriMo novel can do for you —

Water for Elephants by Sara Gruen began as a NaNoWriMo novel. I’ll bet she found that those 4 measly weeks of sleepless YESvember were worth
it — Her book was on the New York Times Best Seller List for 12 weeks in 2006.

The Forest of Hands and Teeth by Carrie Ryan...  Yep, another NYT Best Seller.

Then there are the award winners as well —

The Night Circus also won an Alex Award from the American Library Association.

The Compound by Stephanie Stuve-Bodeen received a 2009 Bank Street Award for Best Children’s Book of the Year.

Water for Elephants... the obvious.

Oh, and a film is in the works for The Night Circus, too.

And 20th Century Fox has recently purchased the rights to Wool by Hugh Howey, another NaNoWriMo book.

Then there's much, much more. In fact, over 100 NaNoWriMo novels have made it into print. Here’s the link so you can see the list for yourself.

How’s that for motivation?

PROMPT: You could be next! Have a fun-filled, word-filled weekend of NaNoWriMo awesomeness!

Email ThisBlogThis!Share to TwitterShare to FacebookShare to Pinterest
Labels: NaNoWriMo 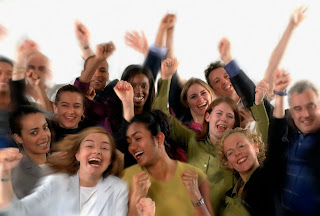 I hope that you're well on your way to a successful Day 7 in your quest for YESvember awesomeness!

And while you’re pounding away at the keyboard, remember to fuel up with the food of writing champions.

Yes, I am talking about raisin bread.

And it just so happens that November (AKA YESvember) is National Raisin Bread Month.

Now you may be wondering why this fare of fruity goodness is the best fuel for writers. Well, if you choose to believe in the capital “T” Truth of Wikipedia, you’ll learn that Henry David Thoreau was its inventor.

But alas, sometimes Wiki is wrongy.

While Thoreau did indeed bake and “Thoreauly” enjoy raisin bread, recipes from the 1700’s actually mention the use of dried grapes in baked goods.

Go confidently in the direction of your dreams.
Live the life you have imagined.
~Henry David Thoreau

You see, most sources fail to mention that this was indeed the edited version.

And I’m pretty sure it was his top-secret, good-writing tool.

PROMPT: Grab a slab of the El Camino of breads (is it a nutritious side or a dessert?), and then make some delicious progress on your YESvember goal. 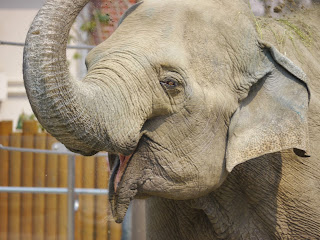 What if you really could talk to the animals?

Well, if you really want to find out, just give Nirmala Toppo a call.

Nirmala is a 14-year-old girl from India who talks to elephants.

Back in June, the city of Rourkela was in a panic when a herd of 11 elephants stormed the place. Forest Department officials managed to corral them into the local football stadium, but had no idea how to send those pachyderms packing back to the forest.

Who ya gonna call?

She’s known as “Lady Tarzan” in her small village where she does this sort of thing all the time.

So, Nirmala made the 160-mile trip, did a bit of elephant chit chat, and then led the whole lot back to the forest.

You may be wondering how she developed this skill.

Well, she says she simply made the decision to learn it…

After her mother was killed by a wild herd.

PROMPT: Someone needs to write Nirmala’s story. Why not YOU?

Email ThisBlogThis!Share to TwitterShare to FacebookShare to Pinterest
Labels: News You Can Use, What if Wednesday 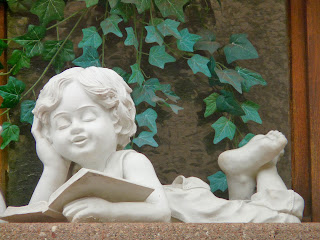 Do you have a YESvember goal?

If not, this may be something that lights your creative fire!

Out there in the real world, 20% of US teens and adults lack basic literacy skills.

Imagine, if you will, that you are one of those folks. While you might certainly want to improve your reading ability, how many “See Jane run” or “Look at the big, red ball” books would you be able to bear?

Obviously, there is a serious lack of exciting, fun, and age-appropriate content in the marketplace for these future bookworms.

Well, there are some great organizations who want to change this, and they've created a contest that just might be right for you.

Story Share seeks to "inspire US writers to author engaging stories for people over the age of 13 who read at a beginning or intermediate level."

For more details, here’s the link. They even have topic ideas and great examples of the kinds of stories they’re seeking.

Remember to read the rules carefully, as it looks like you must give up all rights to the work you submit. However, on the positive side, contests such as these are often a great way to break into the business.

So, check it out and decide if this contest-with-a-cause is right for you.

All entries are due on December 8, so you know what they were thinking…

PROMPT:
Why not go out on a limb?  Isn't that where the fruit is?
~Frank Scully

Email ThisBlogThis!Share to TwitterShare to FacebookShare to Pinterest
Labels: Contests 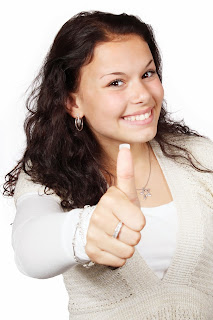 Congratulations! You've made it to the first Monday of YESvember!

And what’s the best recipe for a marvelous and merry Monday?

A mantra, of course!

A great mantra or quote can help us push through when the going gets tough. And trust me, it is bound to get tough. That’s what makes life so interesting, after all.

Anyway, here are a few that I've found helpful whenever I’ve need a swift mind-kick —

If you can DREAM it, you can do it.
~Walt Disney

The most effective way to do it, is to DO IT.
~Amelia Earhart

Things do not happen. Things are MADE to happen.
~ John F. Kennedy

You are far too SMART to be the only thing standing in your way.
~Jennifer Freeman

Fall down seven times, GET UP eight.
- Japanese Proverb

SUCCESS consists of going from failure to failure without loss of ENTHUSIASM.
~Winston Churchill

Pick the one that sings to you or add your own in the Comments below.

PROMPT:
If it is to be, it is up to ME.
It’s the START that stops most people.
The best way to predict the future is to CREATE it.
Strive for PROGRESS, not perfection.

In other words, the super-success formula for your best
ME = START + CREATE + PROGRESS