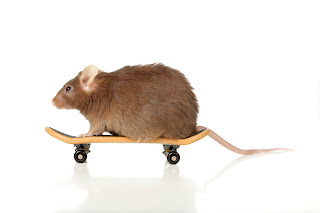 “Your assignment, should you choose to accept it…” my Experimental Psychology professor said solemnly as he placed the rat into my hands.

What a joker. There was no “choosing” in this assignment. The rat was the course’s final exam.

My job was to recreate this rodent into a lever-pressing dynamo. So I dubbed him “E.B.” — he was a White rat, after all — and set to work.

Well, it turned out that the gods were smiling on me that day. I had hit the rodent jackpot — E.B. was a GENIUS!

By the end of day two he was hitting the lever like a champ and living the good life — fat and happy on food pellets. He was AMAZING!

Trust me, his lever-pressing success had nothing whatsoever to do with my animal training skills. Just ask my dog to perform any of the basic canine commands and you’ll get only an eye roll. I am THAT bad.

Anyway, my professor tested E.B., and “we” aced the final exam. However, since “we” had accomplished our task so early, the professor suggested that I challenge my charge.

So I added a small light with a pull chain. E.B.’s task was to pull the chain with his teeth to turn on the light, and then press the lever for the pellet.

E. RAT-of-the-YEAR B. mastered that in a few days.

So AWESOME RAT NINJA E.B. sniffed the back corner of the cage, turned on the light, and then pressed the lever.

Again and again and AGAIN.

And you can probably guess what my professor said after that.

So the next plan was this — sniff the back corner, turn in a complete circle, switch on the light, press the lever, and rejoice in pellet rapture.

But things did not go according to plan.

E.B. sniffed the back corner like a champ. Then he spun in a beautiful circle worthy of the Nutcracker’s Rat King. The pull chain part was a different story, however.

Instead of simply pulling the chain, he made a wild leap, latched his jaws onto the top of it, and would NOT let go.

E.B. swung around that cage like some demented rodent Tarzan.

So I gave him a handful of pellets, smoothed his soft fur, and thanked him for the "A". Then I let him retire his ratty training shoes.

It’s funny how often my old lab rat comes to mind these days — especially when I am working on my laptop and pressing these little keys (levers).

And then there’s the biggest pellet dispenser of all — Google hits for the insatiably curious. As in…

So what exactly was the conclusion of Julius Caesar’s autopsy report?

Do frogs really use their eyeballs to swallow?

Exactly how do you neuter a billy goat?

So, for the past month I've been the subject of my own experiment.

In order to keep myself from reaching maximum rat brain capacity, I completely shut down the lever machine once a week from Friday night to Sunday morning.

And you know what?

I think I may have missed a Kardashian wedding or two.

And I haven’t swung from a light chain in weeks!

PROMPT: Don’t just take my word for it. There’s some evidence to suggest that we could all benefit from unplugging for a day or participating in a “digital detox” vacation. It’s worth a try. Free your mind… creative thinking is sure to follow!

Email ThisBlogThis!Share to TwitterShare to FacebookShare to Pinterest
Labels: Just Do It 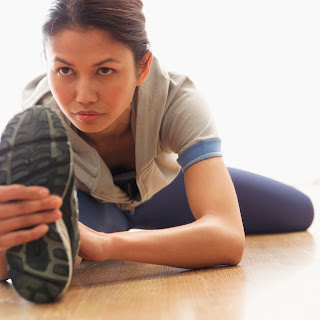 What if you eliminated your but?

That’s BUT, not butt.

If you want to eliminate your butt, you’ll have to check out my sister’s company, Fit School.

What I’m talking about is this kind of BUT…

I have a lot of other stuff to do.

I have a hangnail.

What if you pitched that word out of your vocabulary for a week?

Surely, you can go a week without a BUT.

You were a WHAT?

Somewhere… somehow… within the weave of time and space… the “Professor” prayer of my 10-year-old self was, well… misdirected. For instead of delivering on my Gilligan’s Island wish, the results dispatched by the Powers-That-Be suggest a very different 1970’s television staple… 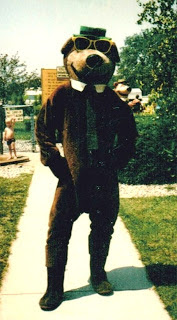 This is the man I married.

Well, at least this is a photo of him at a point in time before we met. But fear not! The guy inside is absolutely, positively just as dreamy and smart as The Professor (Thank YOU, Powers-That-Be!).

Back in the day, “being the bear” was a good summer gig for a tall teen in Indiana… well, except for the fact that it was about 9000° inside the suit. Oh, and that children, as a collective, always think it’s a GREAT idea to push Yogi into the pool.

The point is, everyone has an interesting past. Everyone. That retired principal, for example, was once a champion barrel racer. And see that chaplain over there? She walked the tightrope in a circus. Yes, these are real people I know.

As for me, I spent a year testing inmates in Indianapolis, and so my offspring always enjoy the shock value of telling friends that Mom has been to jail.

Yep, nuts do not fall far from this family tree.

PROMPT: So, what’s your interesting past? Dig around back there. Then ask your parents, friends, and partners about their weirdest jobs, strangest experiences, and 10-year-old prayers. As writers say, “It’s all material, Cupcake.” (Actually, I say that — I have no idea what other writers say. We’re a quiet bunch.)

If you’re in the middle of writing a novel, what’s your main character’s interesting past? You never know when this information might come in handy for a future chapter. Now get out there and create about it!

And if by some slim chance, you don’t have an interesting past (Gasp!) — it’s not too late to make one today. ;-)
Posted by Barbara Davis-Pyles at 6:00 AM 2 comments:

What will you think up next? 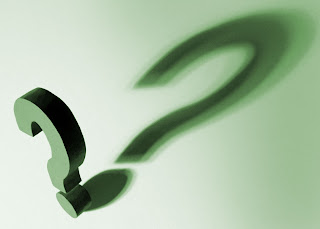 During my web wanderings yesterday, I stumbled across the “Talking Chip Clip.” The ad displayed a sweet little owl face that hoots whenever you part its beak from the bag.

Apparently it was created to let everyone within a three block radius know when you’re indulging your inner chip monster.

But it gets better. The device also comes in… wait for it… PIG.

Yeah. Try giving that one as a shower gift.

It was certainly enough to make this girl get her granny on… “Dadgummit! What WILL they think up next — talking scales?”

“Whoa there! Barb’s up three pounds from last week! Must be all the chips that pantry pig’s been squealing about.”

“Tell me about it,” Washer pipes up. “I haven’t sudsed up a size 6 in a loooooong time. Ain’t that right, Dryer?” 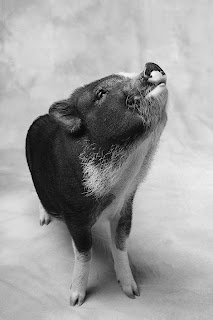 There’s a story in there somewhere. I just know it.

PROMPT: What will YOU think up next? What product or service does the world need (or, um, maybe not need). Perhaps you’d rather take the talking appliance story and run with it. As a famous teapot once said, “Be our guest!” Write, draw, collage, create about it. I don’t give a hoot or an oink what you do with it, just be sure to have fun!

Email ThisBlogThis!Share to TwitterShare to FacebookShare to Pinterest
Labels: News You Can Use
Newer Posts Older Posts Home
Subscribe to: Posts (Atom)