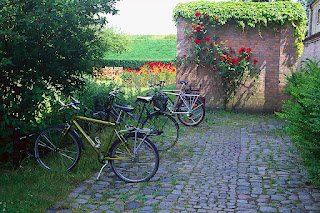 This week has been spring break for most folks here in the Great Northwest. And while I have been enjoying the cold and the rain and the rain and the rain, I have far too many friends exploring all 97 corners of the globe.
I gaze longingly at their posted photos on Facebook – Look, Anna saw a sea turtle! Gebran saw the Eiffel Tower! OMG, Cindy saw the SUN!
On top of all that, I am still stinging from parting with a whole dollar last week and NOT winning the Mega Millions jackpot. To think, I could have had a Snickers instead.
Live and learn, Cupcake. Live and learn.
But, before I get carried away by the grey and start speaking whine-ese, I catch myself and say…
Today is a perfect day to whip up a perfect day!
The perfect day strategy involves a piece of paper, a pen, and a pinch of time. All you do is write out how you would spend your best day ever from start to finish – in as much detail as you can muster. What time do you get up? What do you eat? Where in the world are you? Who is with you? Let your imagination run wild – it is YOUR perfect day, after all! You’ll be surprised by how enjoyable this is once you get rolling -- but you have to write it down, you can’t just think it.
Once you’ve hammered it all out on the page, then you get to use your muscular mind’s elbow. Read over your day and figure out some ways that you can make even a smidge of it happen. Focus on what you CAN do. Check the food part first. Unless you want to eat sharks on the beach, you can probably make this occur. If you wrote strawberries and cream for breakfast in bed, then head to the market and get them for tomorrow. DO IT!
Other perfect day highlights may not be quite this easy, but you’ll be amazed by how resourceful you can be when you tap into that ingenious brain of yours. For example, one of my perfect days (and I’ve written about many) involves biking in France. Let me tell you, France is not on the horizon for me any time soon. However, I can still get a slice of my dream. Here’s how – this summer for our one weekend of Northwest sun, my family plans to bike from our home to a B&B. It may not be France, but the countryside is guaranteed to be gorgeous and the accommodations will be fabulous. Trust me, I will not spend that weekend lamenting the fact that it isn’t France… and most likely I will have gotten over the loss of my Mega Millions buck by then.
La Vie est belle!

PROMPT: Put your perfect day on the page! Then find a way to make a piece of it happen. Even if your perfect day involves teaching 42 cats to can-can, use that creative muscle and do what you can-can do. Life is good!
It really is.
Posted by Barbara Davis-Pyles at 7:07 AM 1 comment: 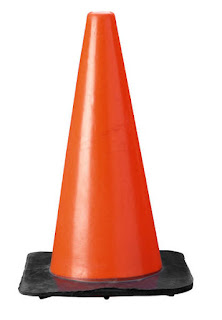 In the fall of my little brother’s third year, he was asked what he wanted to be for Halloween.
“A coconut,” was his reply.
Being 5 years older and considering myself quite knowledgeable in the ways of the world, I broke the news to him gently…
“WHAT?! That is the WEIRDEST idea for a Halloween costume EVER! NObody is a coconut, no WAY, no HOW! Even Martians from MARS would not choose a coconut costume. That’s so nuts – it’s coco-NUTS!”
Yeah, I had that brand of kindness only 8-year-olds possess.
My sister was much more diplomatic. “You could be a ghost,” she offered.
“No.”
“A hobo?”
“NO!”
“Batman?”
“NOOOOOOOOOOOOOOO!!!”
Obviously, Mom was going to have to deal with him. Good luck, I thought, because there were two things I knew for sure – (1) No shop in the entire world sold coconut costumes, and (2) my mom would not be sewing one.
You see, she worked in a knitting factory for a couple of years after high school graduation, and when she left that career to have me, she vowed to never, ever, ever again pick up a needle and thread.
She stayed true to her word – loose buttons be damned!
Well, the Coconut Wars went on for weeks.
Finally, Mom devised a plan to take him to Woolworths (the big “W” store back in the days before Walmart), and wow him with the costume of his choice. After all, who could resist the call of a sleek Spidey or bulky Hulk? How could something brown, round, and hairy even compare?
We arrived at Woolworths on the fateful day of the coconut showdown. But as soon as we walked through the door, my brother shrieked, “COCONUTS!” and took off running straight into a giant heap of…
skeleton costumes.
Yes, even as a toddler my brother new the indispensable importance of the writer’s maxim…

Writers everywhere, please heed the warning within this cautionary tale – because if you get it wrong, if you mix it up, if you Tell Don’t Show… 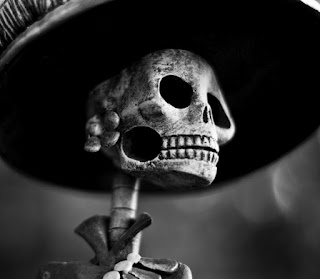 But end up sporting… well… uh… this: 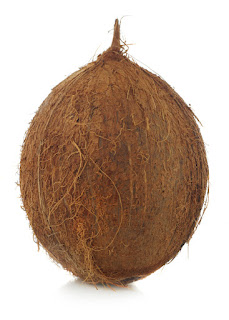 PROMPT: I know we’ve covered Show Don’t Tell before, but you can never get enough practice in using this important tool. So, go through those manuscripts and wherever you see “feeling” words, add the shaky hands, darting eyes, and shining grins that will help make them real. Today’s a great day to SHOW off how incredibly bad-a cool you really are!

Posted by Barbara Davis-Pyles at 7:31 AM No comments:

This fall it is going to cost you a whole heck of a lot more for Canadian thoughts. That’s when the Royal Canadian Mint will stop making pennies. Apparently, it costs 1.5 cents to make a single Canadian penny valued at…. 1 cent. So, they’re discontinuing the coin as a measure to halt general stupidity and create a positive impact on their country's economy.
But I ask you – what about their self-esteem? Come December, no one is going to give one red cent to hear their two cents worth.
Yep, they’ll be left with their self-worth in their shoes and their eyes relentlessly searching the skies – ‘cause heaven’s the only Canadian penny pitcher from here on out.
To make matters worse, they’ll spend their days scrounging around in fields for four-leaf clovers. After all, those vegetative mutants will be the only lucky finds left in the land of the maple leaf. By next summer, you’ll be able to spot a Canuck three miles away, just by the grass stains on his or her knees.
Clearly our friends from the Great White North are in need of our prayers.
But wait!  Our sad penniless days may be just around the corner. Currently it costs the United States taxpayers 2.41 cents to create a penny valued at… 1 cent.
Well, that’s enough to make me say “eh?” and grab a Molson.
Faced with the exorbitant expense of cents and the fact that Americans only ever purchase with pennies when they’re trying to avoid getting more pennies as change – well, it is no wonder that the penny's demise is being debated.
Then there’s the inconvenient fact that a pre-1982 penny saved is a penny... worth 1.5 cents in melted copper. Hmmmmm….
But DO NOT, I repeat, DO NOT melt down your pre-1982 pennies. The penalty for a penny melt is 5 years in prison! And the state of California reports that it costs a pretty penny to house an inmate – $47,000 per year.
You, too, can do the math – that’s $235,000 for melting an item valued at 1 cent with a material worth of 1.5 cents that costs 2.41 cents to make.
Could we use a little “change”?

PROMPT: Put in your two cents worth while you still can! It’s all about those endearing copper bits today. What do pennies mean to you? Did you ever buy penny candy? Wear penny loafers? Put a penny in a wishing well? Go ahead, be penny wise and pound foolish. After all… for igniting your writing or visual art, I’m thinkin’ those Lincolns are a great place to start.
Posted by Barbara Davis-Pyles at 7:29 AM 3 comments:

“It is difficult to get the news from poems,
yet men die miserably every day for lack of what is found there.”
~ William Carlos Williams

Yes, you can actually DIE (miserably!) from poetry deficiency. Take it from William Carlos Williams who was not only a brilliant poet, but a brilliant physician, as well. That’s right, good old Dr. Williams prescribed poetry.
And although it has been nearly 50 years since Dr. Williams died (blissfully!) at the age of 79, the world hasn’t heeded his poetic call to action.
Case in point – most of us had health class in high school where we were required to learn the techniques of cardiopulmonary resuscitation, but do you recall a unit on life-saving poetic procedures? Neither do I.
And while defibrillators have become standard equipment in sports facilities, shopping centers, entertainment venues, office buildings, transit centers, and schools, I have yet to see a clearly marked box of emergency poems in any of these locations.
Imagine how many lives go unsaved.
Well, my friends, that is about to change.
Welcome to the new CPR – Cardio-Poetic Recitation.
This new method requires one poem, an audible speaking voice, and clear articulation with heart-felt enthusiasm. Apply liberally to any miserable person as often as necessary.
It is up to us to put the new CPR into action, and there is no better time than April, National Poetry Month. So, please carry a poem with you at all times – the lives of miserable people everywhere are in your hands.

And for your enjoyment – in honor of the National Poetry Month / April Fools’ Day combo, I dug up this little ditty foolishly attributed to both Alexander Pope and Samuel Taylor Coleridge. While we don’t know exactly who gets the credit, we do know that it is the best-ever response to a critic – so, if anyone gives you trouble this month, be sure to have it on hand.
Sir, I admit to your general rule
that every poet is a fool.
But you yourself may serve to show it
that every fool is not a poet.

PROMPT: Be a poetic April fool and embrace National Poetry Month! Challenge yourself to write a poem each day. Whether you jot just three lines or twenty, the practice is certain to open your heart and mind. What’s more, it practically guarantees that you won’t die miserably! Also, be sure to get your new CPR certification by carrying a poem with you at all times – and with today’s technology, it couldn’t be easier. Go to http://www.poets.org/poemADay.php and get the poem-a-day app or email subscription. So much depends upon… you.

Posted by Barbara Davis-Pyles at 7:40 AM No comments: