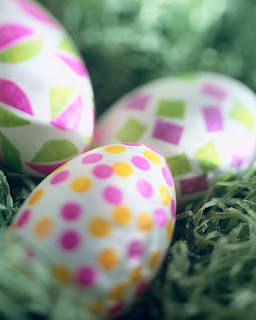 Somebunny’s off on a plot hunt!

Meanwhile, I hope that you and yours have a wonderful weekend...

PROMPT: Children’s book publishers are always looking for new holiday stories to refresh their lines. This would be a great time to set out on a plot hunt of your own!
Posted by Barbara Davis-Pyles at 8:33 AM 2 comments: 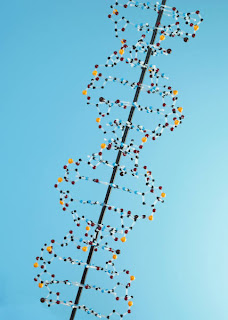 The April issue of National Geographic has a feature article about reviving extinct species.

To create a living woolly mammoth by using the DNA-storing nucleus of a preserved cell and an Asian elephant egg.

PROMPT: The world is depending on YOU to create a new cautionary tale of mammoth proportions.  On the other hand, we could just embrace the entire situation with a new line of picture books à la If You Give a Mammoth a Cookie, Don’t Let the Mammoth Drive the Bus, or Cloudy with a Chance of Mammoths.

Thanks, Russia and South Korea – Now we KNOW Where the Wild Things Are!
Posted by Barbara Davis-Pyles at 7:30 AM No comments:

A Yen to Zen 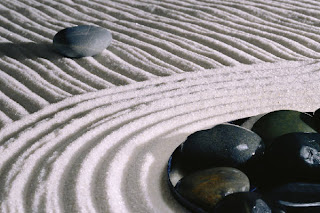 I've been writing for educational companies since 2005. However, even after all these years, I can still have a minor freak-out when I receive a request for 5 stories with a “next week” deadline.

Thank goodness that Ray Bradbury is there to save me every single time.

In his book Zen in the Art of Writing, he explains the three-step process that’s essential for any creation –

For me the concept has become a mantra of sorts –

And as an added bonus, the words can be said in any order and still be effective…

Ah, doesn't that feel awesome in a zany zen-y sort of way?

Are you ready to face the page now?

And by the way, Ray says if the WORK really starts to get you down, you can always replace it with LOVE.

After all, that’s what creative “work” really and truly is anyway.

PROMPT: Do you have a mantra? If not, give Ray’s a whirl or create one of your own. And here’s a tip – “Don’t suck” is NOT a mantra, for goodness sake.

Posted by Barbara Davis-Pyles at 7:37 AM No comments:

We Don’t Need No Education… 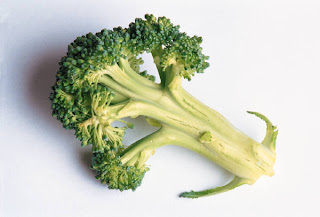 Look out, broccoli “spear” – you’re next!


Triangle-shaped flapjacks have been banned from a British comprehensive school for health and safety reasons.
Apparently a student suffered from a minor eye injury last Wednesday after he was struck by one of those pointy little devils in flight.
The lunch servers have since been informed by the headmaster that they must now cut flapjacks into squares – “and only into squares!”
Evidently, flapjacks take flight only when they are served in triangular form.
Hmmm…
It is also quite obvious that the headmaster has complete confidence in the “quality” of his school’s education –
Surely his pupils will never deduce that with one swift diagonal slice their flapjack square will yield (GASP!)…
Two deadly triangles!


I say, it does make one long for the good old days of gruel.

PROMPT: Give a cast of crazy student characters an even crazier set of new school rules. What mischief will they cook up next?

Posted by Barbara Davis-Pyles at 8:00 AM 2 comments: 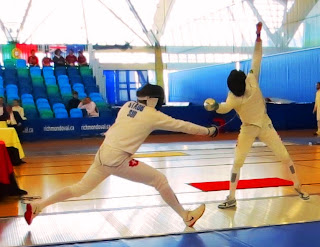 This weekend I had the pleasure of watching the best fencers in the world at the Men's Épée Grand Prix in Vancouver, Canada.

As a writer, I found it to be a terrific learning experience.

First off, I learned a thing or two about swordplay, which may come in handy for a future story.

Second, I was inspired by the awesome intensity of the sport. Each bout in the pool rounds are only 3 minutes long. That’s three minutes of absolute laser-focused concentration. Something fun to try at the keyboard, don’t you think?

Last of all, the end of each bout became something of an unexpected tutorial in the poetry of Walt Whitman –

“I sound my barbaric YAWP over the rooftops of the world.”
~Walt Whitman

In other words, I learned how to express jubilation and profanity in about 14 different languages.

Definitely worth the price of admission.

PROMPT: It’s all about intensity this week – so pick up that “mightier than the sword” pen of yours, attack the page, and then… YAWP!
Posted by Barbara Davis-Pyles at 8:03 AM No comments: