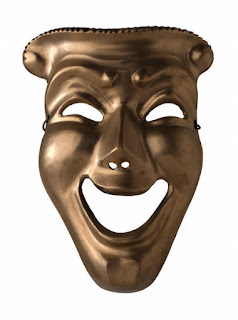 “Everything will be all right in the end… If it’s not all right
then it’s not the end.”
~ Sonny in The Best Exotic Marigold Hotel

Everybody loves a happy ending. Come on, admit it — you know it’s true.
Shakespeare knew it, too.

Sure, he wrote a bunch of tragedies — about a dozen of them, in fact.

And hmmmm… let’s see, the body count ranges from one to four in the final scene for most.

While in England last summer, I had the opportunity to see one of them — Julius Caesar. Now that’s a bloody mess if ever there was one! And when all was said and done, the play ended with one body and a blackout of the stage lights.

However, back in Shakespeare’s day, things were done a little differently. In the Globe, where most of his plays were premiered, there was no curtain to close and no fancy blackouts, so those final scenes were nothing but slaughter on the stage.

If I had experienced Julius Caesar at the Globe, Brutus would have leaped up and danced a merry jig with Antony and Octavius. Romeo and Juliet would have done the same. And all four bodies from Hamlet would have resurrected in a jolly way to the sounds of a happy tune.

and more than willing to return to shell out shillings for another good time.

You were a shrewd one, Willy… wickedly shrewd.

PROMPT: Create a happy ending today. Perhaps you could rewrite a few tragedies just for a bit of cheery fun. However, if you wish to keep your blue funk on this marvelous day, then I suggest you learn to jig. Remember bawling your eyes out to Toy Story 3? Well, err… maybe that was just me. Anyway, I’m sure you remember Jessie and Spanish-mode Buzz’s paso doble to Hay Un Amigo En Mi during the end credits. Well, that is what dried my tears and sent me home smiling.

Trust me, the jig still works. 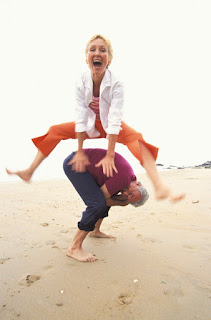 Throughout my life, I have leaped into, out of, and over a whole heap of
stuff — some smart, some not so smart, but no matter…

I've even leaped from one career to another. My husband and sister have done the same. You could say that we’re “leapers”. And that’s a heck of a lot better than being lepers, let me assure you.

Anyway, I must admit that I love reading about leapers — especially those crazy, wild, froggy folks who have taken giant jumps that produce giant results.

Like Albert Schweitzer, that famous medical doctor and humanitarian who has a gazillion hospitals named after him. Before he started medical school at the age of 30, he was a famous organist (organ... as in the musical kind, not the medical kind).

How about Michael Crichton? He left the medical field to write The Andromeda Strain, Jurassic Park, ER, etc.

And then there’s Andrea Bocelli, an attorney who apparently took Shakespeare seriously and ditched the law books for fame as a tenor.

My sister, Carol, who helps folks get themselves fit and healthy, is a BIG proponent of leaping. Not just in the literal sense (although I am certain that she can extol its physical benefits), but figuratively, too. She says, “Everybody should be going for a goal that scares them so badly, they think they’re going to pee their pants.”

Now that’s some serious leaping! And, yes, she really does say that —

sometimes she even puts it in writing.

PROMPT: Take a leap today — even if it’s just a tiny hop. Do something you've always wanted to do. Test-drive a Porsche. Sing Karaoke. Dance in the rain. Kiss a frog just to see what happens. Then set a goal — one that really scares you (but stop at the pharmacy first to pick up those Depends).


Create… a leaper colony. Create a LIFE!
Posted by Barbara Davis-Pyles at 6:00 AM No comments:

Email ThisBlogThis!Share to TwitterShare to FacebookShare to Pinterest
Labels: Inspiration, Just Do It 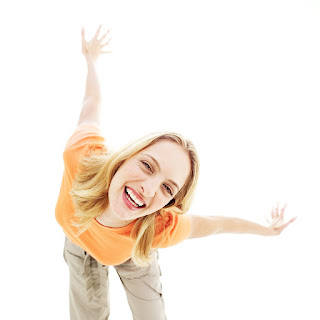 What if you smiled all day long?

Well, first off, your face would hurt. The all-day smile is something you have to work up to. But trust me, you’ll want to give it a try.

Most folks think that we smile when we're feeling happy…

Well, duh, of course we do.

However, psychologists at the University of Wisconsin-Madison have been studying smiles for quite some time, and they find that the opposite holds true, too! That is — even if you force a fake smile, your brain starts kicking out a bit of joy.

And doesn't just knowing that give you a giggly grin?

PROMPT: Get a lot of good stuff going on – just say cheese! 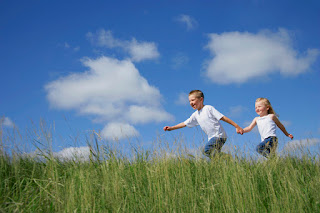 Summer afternoon – summer afternoon; to me those have always been the two most beautiful words in the English language.
~ Henry James

Lucky for me, I've had plenty of summers…

From those kid summers in the country — the kind that fabulously seem to last FOREVER — to summer job summers at the Jersey shore.
And from them I can create a whole list of beautiful summer afternoons...

And as super summer bonus feature — there’s a story tucked into each and every word.

Yeah, those stories sound like a delightful way to work from my lawn chair today…
with a steaming cup of cocoa and a sweater.

PROMPT: What does summer afternoon mean to you? Make your list and stick it in an envelope marked JANUARY (or AUGUST… aka Aug-tober… if you’re a Pacific Northwester). You just might have a need for it then. 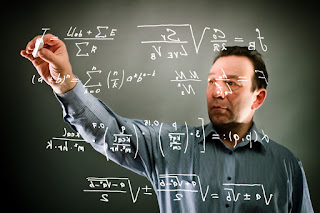 Whether it’s a way to make killer grout cleaner or homegrown Coca-Cola, folks are always looking for secret formulas.

The book business is no exception. Many eager writers spend a lot of time searching for a magic method that will make editors and agents swoon.

WIZARDS! You've got to have WIZARDS in your book!
Get real! You need a BLOOD-SUCKING BOYFRIEND!
Man, I would give my left arm for a great ZOMBIE plot!
Well, you've got the “arm” part right – ARM the TEENS with WEAPONRY!

And when they do, I think they’re actually telling us a big part of that super top-secret formula.

Because when you dig deep and create with your heart, you are sure to create something that can come from only you…

It's called "Isaac's Live Lip-Dub Proposal" and you can view it here.

Go ahead. I promise that it will be worth your time.

And I'll wait until you get back. 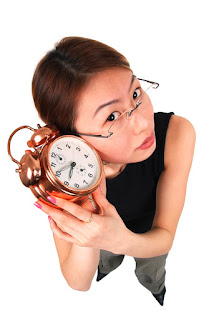 I love it Every. Single. Time.

Did you notice Amy’s response as it all unfolds?

She’s demonstrating something amazing, you know —

the other half of that secret formula.

The only formula you will ever need…

Trust me, it cannot resist.