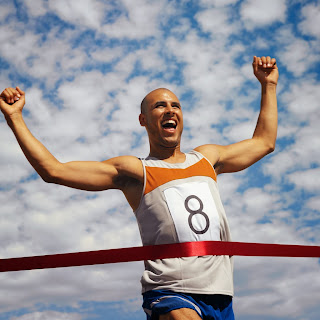 “Sooner or later, those who win are those who think they can.”
~ Richard Bach

Tomorrow is the LAST day of YESvember!

That means you've got just two more days to kick some tail on that YESvember goal.

So, finish strong on Saturday —

Then on Sunday, I want you to focus ONLY on what you've accomplished this month.

I do not want to hear a pip or a peep about what you didn't get done.

If you've only written ONE word, revel in it.

Because, Dude, that is one heck of a word.

And if you've written MORE than ONE word —

You are a WINNER!

So, go ogle a bit in the mirror…

“I love any and all situations where you celebrate creativity.”
~ Brad Paisley

Email ThisBlogThis!Share to TwitterShare to FacebookShare to Pinterest
Labels: NaNoWriMo

I am so thankful for… 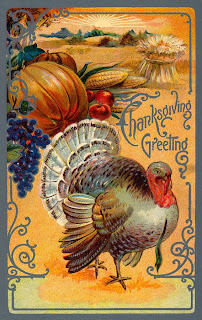 Another day on this wild planetary ride

Sun when I want it

Rain when I need it

Acorns with their teeny tiny hats

Orange, purple, and all their rhyming partners

Anything chocolate, including hedgehogs and lunchboxes

Days that end with “y”

PROMPT: May your list be long and lovely. Have a wonderful Thanksgiving Day!

Down To the Wire! 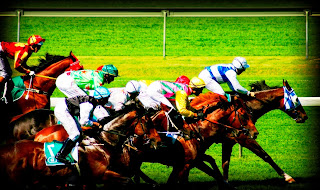 It’s the 27th of November, and you know what that means…

Including today, we've got just four days left to wrangle those YESvember goals!
If you’re participating in NaNoWriMo or PiBoIdMo, it is time to finish strong.

Get back on.
Take up the reins.

You’re headed for home.
And the race is only against yourself, you know.

So have a little fun.
And remember —

even if you only win by a nose…
You still WIN!

Ride and Write on!


PROMPT: Make a plan to finish strong. Trust me, it does a body good. YeeHAW!

Email ThisBlogThis!Share to TwitterShare to FacebookShare to Pinterest
Labels: Just Do It, NaNoWriMo, What if Wednesday

Do You Believe in Magic? Last year a writer friend of mine, Barbara Jean Hicks, received an odd sort of email.

No, it wasn't an enlargement ad or a prescription drug offer —
It was a job offer.

And the sender was apparently a BIG cheese from the BIG D…
That’s D as in Disney.

Her first thought was something like, “Boy howdy, what will those spammers think of next?”

I mean, really, the offer was just too amazing to be true.
It went something like this —

We want to show you a movie!
We want you to turn that movie into a picture book!

And can you, like, have the draft to us two weeks later?
In exchange, we’ll give you fame and fortune… maybe even some mouse ears, too!

Because it wasn’t a spammer.

It really was a BIG cheese.
It really was the BIG D!
So, you might be wondering how such a thing could happen…

Well, back in 2007 Barbara wrote a book called The Secret Life of Walter Kitty (illustrator Dan Santat). Apparently, the BIG cheese LOVED it. It was a BIG L sort of love. So when this opportunity came up, she tracked Barb down like Muenster on a mission…

And they worked happily ever after!
By the way — the movie?
Frozen, which debuts in theaters tomorrow.
The picture book?
Frozen: A Sister More Like Me in bookstores NOW!

PROMPT: First, pick up three copies of Frozen: A Sister More Like Me for inspiration. Then go all Eagle Scout and get prepared — after all, YOU could be next! Treat yourself to a movie and try the Barbara Jean Hicks test. Sure, Jackass Presents: Bad Grandpa might be a picture book challenge, but what the heck — I say go for it! 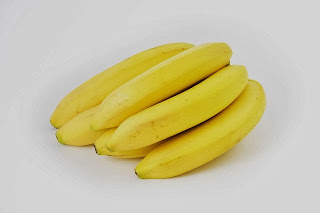 “Always take a banana to a party, Rose. Bananas are good.”
~The 10th Doctor

Over the weekend, I participated in a Guinness World Record event.

The 50th anniversary of the television show Doctor Who was simulcast in 94 countries (and 15 languages) across the globe on Saturday.

That meant that those of us in the Pacific Northwest were glued to the telly at 11:50 in the morning.

A bit early for a party, but we partied nonetheless.

And so “The Day of the Doctor” earned the distinction of being "the world's largest ever simulcast of a TV drama."

Not bad for a show that began on November 23rd, 1963 as something to fill the gap between the day’s football results and evening entertainment programs.

By the way, it also holds the record for the longest running and most successful science-fiction series.

You may be wondering why I’m telling you all this…

Well, in his five-star review of Saturday’s episode, the Mirror's Jon Cooper singled out writer Steven Moffat as the real star.

He wrote that Moffat put something together that “not only gives hardcore fans a beautiful reinvention of their favourite show, but also gives casual viewers a stonking story.”

Yep, it’s a great day to celebrate those humanoids behind the celluloid…

Giving the world great stuff to read (and watch!) since 3200 BC!

PROMPT: Write your own “stonking” story today! Take a favorite show and create an episode you’d love to see.

Write on!
Posted by Barbara Davis-Pyles at 4:00 AM No comments: