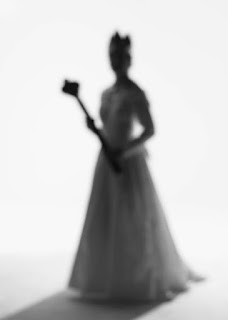 “Why, sometimes I've believed
as many as six impossible things before breakfast.”

~The White Queen from Lewis Carroll’s Alice in Wonderland

This quote reminds me of an exchange I had back when my now-taller-than-me son was only three.

“No it isn't.” He scowled, then hiked up his big boy pants and stomped away.

“I thought we went over this. Here, I’ll get out the big dictionary (back in the day when it was actually a book) and show you.” I carefully read Webster’s take. “Of or relating to a condition of full development… Satisfied?”

“I think we've been over this.”

The scowl deepened, and I was gripped by the fear that I’d be responsible for putting another curmudgeon into the world. So, I threw up my hands and sighed. “Okay, okay, I give up. I’ll confess. You see, a mature is REALLY a glowing worm that lives in Antarctica and only eats square snowflakes.”

His lips quivered, his eyes widened, and then an enormous sunrise of a grin spread over his face. “I KNEW it!” he squealed and scampered off scowl-free.

Goodness, I love that boy.

If you want to write for children, you've got to believe in the possibility of impossible things…

But, hey, are they really impossible?

Heck, my great grandfather’s impossibilities are my realities today.

PROMPT: Indulge in the world of impossible possibilities. What wondrous things did you once believe? On the flipside — what fantastical thing did you think could never happen, that actually, amazingly did? What glorious impossibility would you love to make real today? Write, paint, create about it.

Ditch the scowl. Embrace the grin.

Posted by Barbara Davis-Pyles at 4:23 AM No comments: 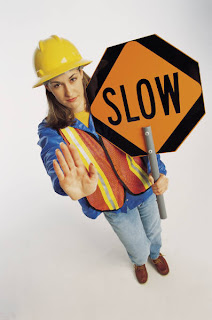 Remember all of that super-fast writing we did last week?

Well, it’s time to channel your inner tortoise and rework those wild words.

So, brew a cup of tea and put on some slippers.

And here are few bonus tips from the experts (in their own “colorful” words):

“The road to hell is paved with adverbs.”
~Stephen King

“I do not over-intellectualize the production process. I try to keep it simple: Tell the damned story.”
~Tom Clancy

“I've found the best way to revise your own work is to pretend that somebody else wrote it and then to rip the living sh*t out of it.”
~Don Roff

PROMPT: You know what to do. Well, besides eat chocolate and swear. 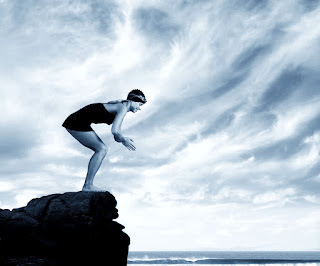 What if you were not afraid?


Would you…
Ask for a raise?
Ask for a date?
Go on a daring adventure?

Well, grab yourself some courage and do those scary things anyway.
Because as Mark Twain once said –
“Courage is resistance to fear, mastery of fear – not absence of fear.”

PROMPT: Need a little bravery boost? Feel the Fear… and Do It Anyway by Susan Jeffers is a classic read that rocks!

Email ThisBlogThis!Share to TwitterShare to FacebookShare to Pinterest
Labels: Just Do It, What if Wednesday 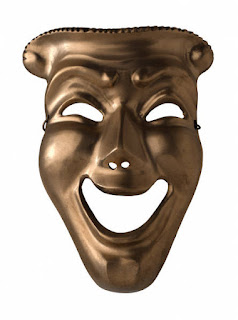 “Everything will be all right in the end… If it’s not all right
then it’s not the end.”
~ Sonny in The Best Exotic Marigold Hotel

Everybody loves a happy ending. Come on, admit it — you know it’s true.
Shakespeare knew it, too.
Sure, he wrote a bunch of tragedies — about a dozen of them, in fact.
And hmmmm… let’s see, the body count ranges from one to four in the final scene for most.
I've recently had the opportunity to see one of them — Julius Caesar. Now, that’s a bloody mess if ever there was one! And when all was said and done, the play ended with one body and a blackout of the stage lights.
Whoa.
That’s what it felt like…
Whoa.
However, back in Shakespeare’s day, things were done a little differently. In the Globe, where most of his plays were premiered, there was no curtain to close and no fancy blackouts, so those final scenes were nothing but slaughter on the stage.
What to do? What to do?
The answer —
A jig!
Yes, jig… as in lively, happy dance!
If I had experienced Julius Caesar at the Globe, Brutus would have leaped up and danced a merry jig with Antony and Octavius. Romeo and Juliet would have done the same. And all four bodies from Hamlet would have resurrected in a jolly way to the sounds of a happy tune.
And so, whenever a play ended — no matter how gory — the audience smiled! The audience laughed! The audience clapped and danced along!
What’s more —
The audience went home happy…
and more than willing to return
to shell out shillings for another good time.

You were a shrewd one, Willy… wickedly shrewd.

PROMPT: Create a happy ending today. Perhaps you could rewrite a few tragedies just for a bit of cheery fun. However, if you wish to keep your blue funk, then I suggest you learn to jig. Remember bawling your eyes out to Toy Story 3? Well, err… maybe that was just me. Anyway, I’m sure you remember Jessie and Spanish-mode Buzz’s paso doble to Hay Un Amigo En Mi during the end credits. Well, that is what dried my tears and sent me home smiling.
Trust me, the jig still works. 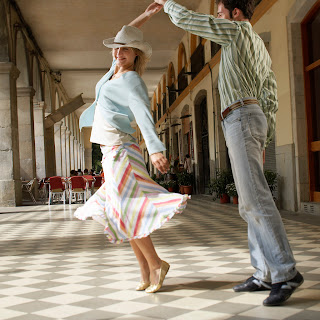 Step 2: Get him or her into and out of a whole heap of trouble.

Anyway, the real life and times of Thomas Edison works as a great example of this formula.

First off, Tom is born a really sickly kid.

Not really. His mom, who has already been through the hellish untimely deaths of three of her children, decides to homeschool the little guy. She builds him a science lab in their basement.

All of those infections in the age before antibiotics makes little Tom very hard of hearing.

Not really, according to the man himself. He often credited his deafness for his ability to think and work for long hours without distraction.

As a teen, Tom works for the railroad. He builds a lab in an old boxcar, which works out just fine until he spills some chemicals and torches the place. He is fired.

No, YAY! Because he is fired from his old job, Tom is dumped off at the next train station. There he saves the station master’s 2-year-old son from being squashed by a freight train. The station master is so grateful, that he teaches Tom how to work a telegraph so that he’ll always be gainfully employed.

Tom works as a telegraph operator, but being scientifically minded he just can’t help himself — he decides to perfect the system. Tom develops the quadruplex telegraph and offers it to Western Union. He’s thinking that he would love to get $2000 for it, but when they ask him how much he wants, he can’t seem to form the words.

After Tom puts his eyeballs back into their sockets, he uses the cash to build his dream lab. Now I could say that the rest is history, but that would be horribly cliché, and you’re thinking it anyway, so I’ll just stop.

PROMPT: Try the two-step on your novel today. No dance moves required. And always, always, always remember this while you’re putting those words to the page…

Our greatest weakness lies in giving up. The most certain way to succeed is always to try just one more time.
~Thomas A. Edison

Posted by Barbara Davis-Pyles at 4:23 AM 2 comments: