But They Are So Cool! 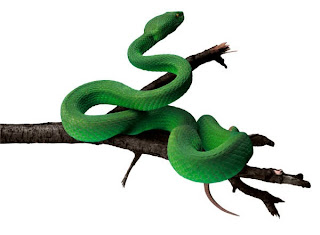 Like any job, writing for educational testing companies comes with a set of rules. One such rule (for some companies I work for) is this one —

Do not write about snakes.
That’s right, snakes.

NO SNAKES — fictional, factual, or otherwise.
But…

Can I write about a kid with a corn snake pet?
No.

Can I write about the beneficial role that snakes play in limiting rodent populations?
No

Can I write about snakes in a house?
With a mouse?

On a plane?
In the rain?

Nope.
Not in a house.

Not with a mouse.
Not on a plane.

Or in the rain.
You can’t put snakes in our exam,

You cannot, should not, Ma’am I Am!
Now, as a former psychologist, I completely understand that disturbing subjects should be excluded — it would certainly bias the test results if a kid freaks out.

What if (gasp!) the test taker has testophobia?
Sorry chumps, snake phobias are the gold standard when we’re talking test taking compassion.

And so, after years of writing dutifully about anything and everything BUT snakes, well, I simply MUST write about snakes today. As in...
Snakes

I feel much better.
In fact, I think I’m good for another 10 years of test writing. 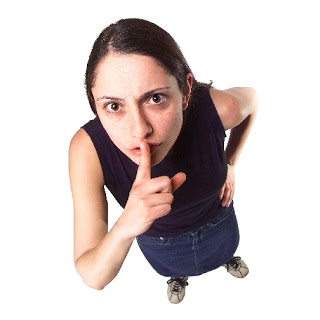 Yes, you've read that right — DON’T Show, DON’T Tell. This is not to be confused with the Show Don’t Tell rule we've talked about before, or the military’s former Don’t Ask, Don’t Tell policy.

This has to do with those incredible stories that live inside of you. Yeah, you know the ones. If you place your hand on your chest you might feel their thump-wump, thump-wump as they beat against your ribcage.

Sure, physicians will tell you that you’re actually feeling the beat of your heart, but what do they know? Go ask a neurosurgeon if he or she has ever found the thought generator while poking around in a brain…

Actually, don’t do that. It’s just mean — it makes them stammer and twitch.

Anyway, those captive and captivating stories will thump, knock, beg, plead, and pound until you let them out.

But here’s the rub —

If you want to be a writer, you must be sure to let them out the “write” way. Otherwise they’ll fly from that cage faster than you can say “doughnut jar.”

You see, if you tell that great plot idea to a best friend, sibling, or spouse, it is as good as gone. And then when you finally set a date with your laptop, you might find that you’re left with nothing but a pile of feathers.

I made this mistake plenty of times when I was younger. Now that I’m older, wiser, and think a lot more about bone density and bifocals, I won’t tell a thing.

Trust me, it works.

So the next time those well-meaning friends ask you what you’re working on, practice the art of being vague —

even if they offer you chocolate...

or a doughnut jar.

Be fuzzy with friends and family, but very clear with your tales…

Tell them that there is only one way out —

And that is on the page. 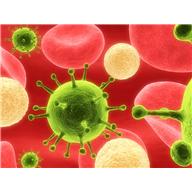 What if there was a virus that made every single thought that popped into one’s head pop out of one’s mouth immediately?

What if the effect lasted for three days?

Hmmm. I think I know some folks who've been infected…

Oops, was that out loud?

PROMPT: Uh oh, your main character just caught this. Let the fun begin!
Posted by Barbara Davis-Pyles at 6:00 AM No comments: 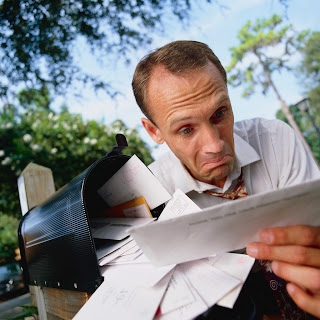 Please Mr. Postman, look and see
If there's a letter in your bag for me.
Why's it takin' such a long time
For me to hear from…
~ The Marvelettes (1961)

Back around the time that the Marvelettes were belting out “Mr. Postman” in their beehive dos, Scott McMurry’s parents were visiting the John G. Shedd Aquarium in the windy city of Chicago. They were having a really good time, too. So good, in fact, that Scott’s mother sent him a postcard to let him know.

Well, Mama was having a psychic moment.

Scott’s parents came home on the midnight train to Georgia, and moved on with their lives.

Time moved on as well…

Some guys went to the moon, the PC was invented, the whole world began tweeting and posting cat photos on Facebook, and yet…

The postman did not look in his bag and see

A letter for our dear Scott McMurry.

That is, until May…

According to the postcard, his parents have been having a whole heap of aquarium fun this whole time…

Maybe it’s just me (yeah, it probably is), but there is something so deliciously creepy about postcards from the dead.

The postal plot possibilities are endless.

PROMPT: Yes, we are going postal today. Misguided, misdirected, and misunderstood letters are the plot du jour. And for the younger crowd — how about a picture book called Jolly Little Letter’s Wonderful Journey, where our protagonist languishes behind a processing machine as postmen go grey and retire? Okay, that one may need some work.

Yeah, It Wins the Race — Every Time 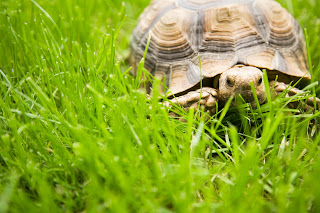 I walk slowly, but I never walk backward.
~ Abraham Lincoln

Welcome to another marvelous Monday!

Today I’d like to highlight the historical novel The Year We Were Famous by Carole Estby Dagg — a book that just so happens to be the 2012 winner of the Will Rogers Medallion Award for Young Adults.

First off, the Daggster clearly knows how to mine her ancestors! The book is based on the true story of her great-aunt Clara and great-grandmother Helga’s walk across America in 1896.

Just in case you have not had your morning joe — I’m talking about a walk across America in 1896 – a year well before the invention of Spandex, Nike, and Powerade. A feat like that took A LOT of perseverance (heck, it still does — even WITH wicking fabric, awesome footwear, and electrolyte-fortified hydration).

“Helga and Clara inspired me to persevere in my attempts to tell their story even after twenty-nine rejections.”

Yes, Elbow-benders that’s twenty-nine, as in 29.

“I just kept taking classes, writing, and rewriting one word at a time for nearly fifteen years before seeing the book in print.”

Carole finishes up what she has to say this way —

“I hope Helga and Clara inspire you, too, to keep walking in the direction you want to go, one step at a time.”

I can’t think of a better way to start a week.

PROMPT: Strap on those Nikes, Reeboks, Tevas, or Dutch wooden clogs. Then take a step — even if it is just a teeny, tiny, baby one — in the direction of your dreams!