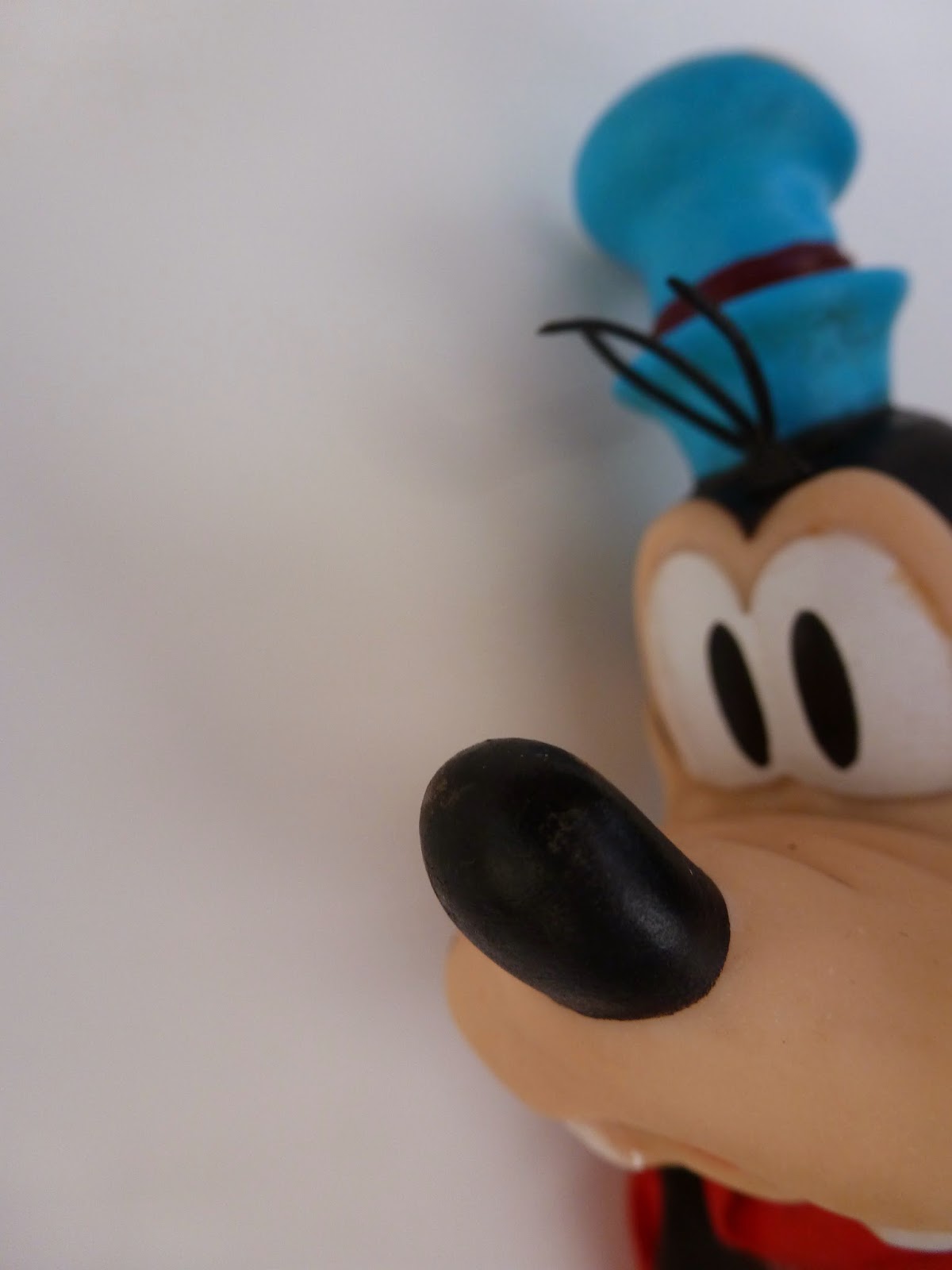 According to my sources, tomorrow is International Goof-Off Day!

Go ahead and Google away if you’re a doubter.

PROMPT: Garsh! Do you really need instructions for this one?

But hey, this is perfect for setting the mood. :) 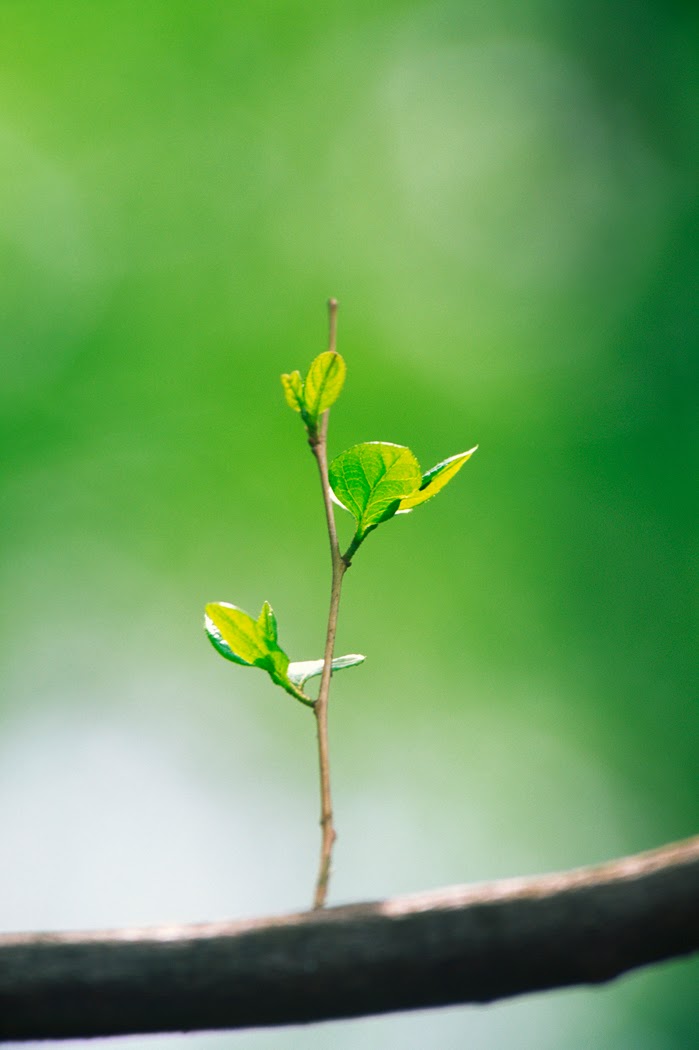 Who can blame me? I live in the Pacific Northwest where it has rained 5 ½ years in the last six months.

Be advised — if you're being enticed to move to the Seattle area (as I once was), you may hear people say things like, “You know, it doesn't really rain that much in Seattle. In fact, Pittsburgh, PA receives more of the wet stuff every single year!”

Do not listen to these people. Note their pupil dilation — they are on crack.

Sure, sure, I've seen the statistics. Seattle receives a mere 37.07 inches of rain per year, while Pittsburgh is hammered by a whopping 37.85! I've lived in PA — trust me, I know what I am talking about here. What those Seattle pushers fail to mention is that PA gets its precipitation in delicious downpours, while Seattle’s accumulation comes in the form of continuous drizzly mist.

Do you have any idea how long it takes continual drizzly mist to create 37.07 inches of measurable rainfall?

Those well-meaning, high-on-life folks also fail to mention that when it’s not raining here, there are at least 87 layers of useless clouds just hanging out topside. And so, we live in perpetual twilight (for those of you under the age of 20, I am referring to dim or diffused illumination, not vampiric lust).

It’s no wonder that Seattle is the only place I’ve ever lived where I’ve heard “sun warnings” on the radio. As in, “Be extra careful on your evening commute today, all you west-bounders. You may be temporarily blinded by an orange orb. Do not panic! It is a natural phenomenon and will be gone by 9 PM.”

But to be truly fair, I must admit that our winters have incredible benefits. Those too-damp, too-dark, too-muddy-to-play-outside days give us plenty of time by the fire to hunker down and dream of wondrous things. And that is why the Pacific Northwest is home to many amazing writers and artists…

Yep, the world can thank us, and our winters, for Starbucks.

PROMPT: Ah, winter! It wasn’t that bad, was it? Good news — even if it was completely, miserably wretched (yeah, I’m talking to you, East Coasters!) you can still get a lot of creative mileage out of it. Laura Ingalls Wilder certainly did in The Long Winter (catchy title, huh?). Today give winter a sweet kiss goodbye by thinking about all of its fabulous qualities. What was the best part of the season for you? Cozy firesides? Catching air on your snowboard? Singin’ in the rain… rain… rain? Write, paint, sculpt, create….

Email ThisBlogThis!Share to TwitterShare to FacebookShare to Pinterest
Labels: Creative Writing Prompts, Today is the Day

We’ve Got a Winner 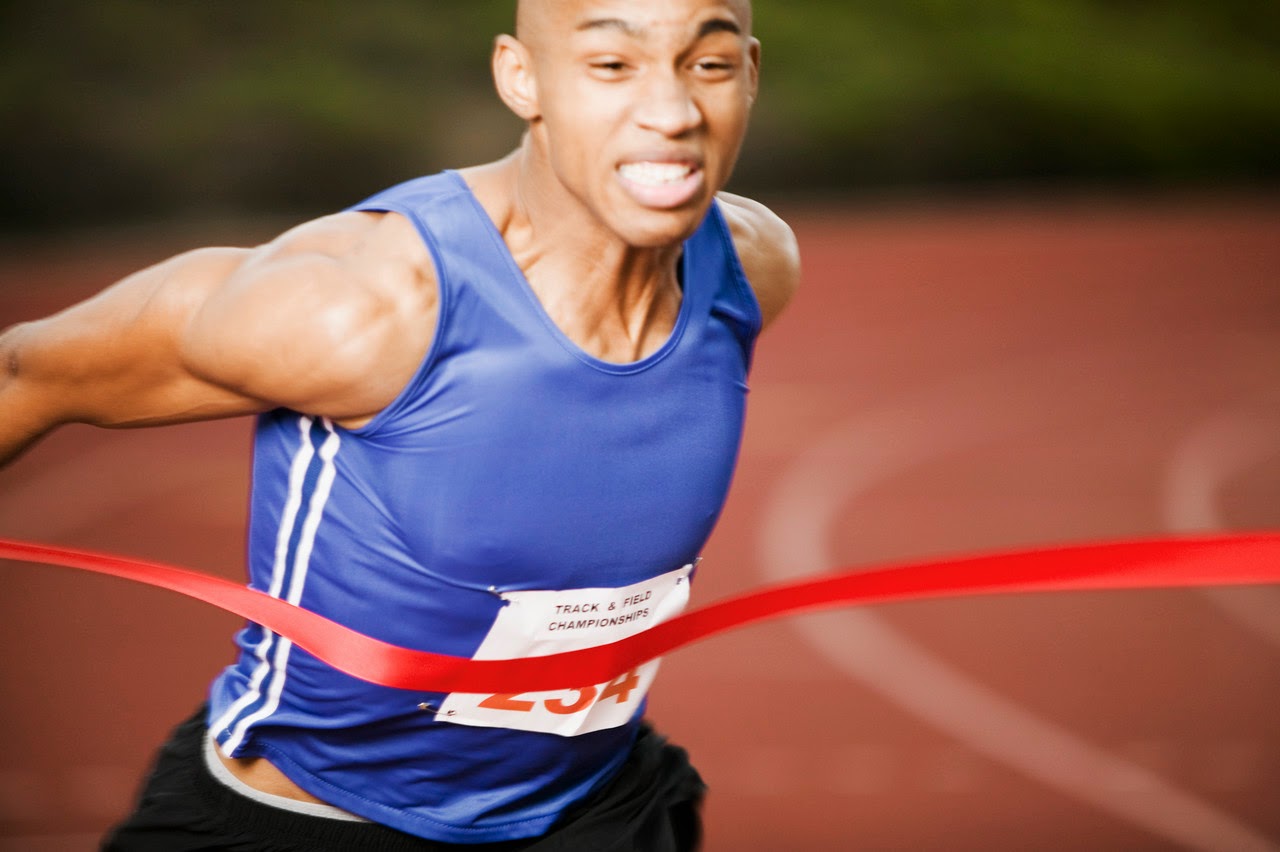 So, he tried a number of strategies.

Then he tried something a little wacky.

He decided to sleep in his workout clothes…

That one little shortcut…

Made all the difference.

Of course, his marriage is probably toast.

PROMPT: What if you slept with a laptop or sketch book at your bedside for 21 days? Think of it — you could hammer or sketch out a fabulous 15-minute creative habit before your feet even hit the floor!

So much better than sleeping in spandex, don’t you think?

Email ThisBlogThis!Share to TwitterShare to FacebookShare to Pinterest
Labels: Just Do It, What if Wednesday 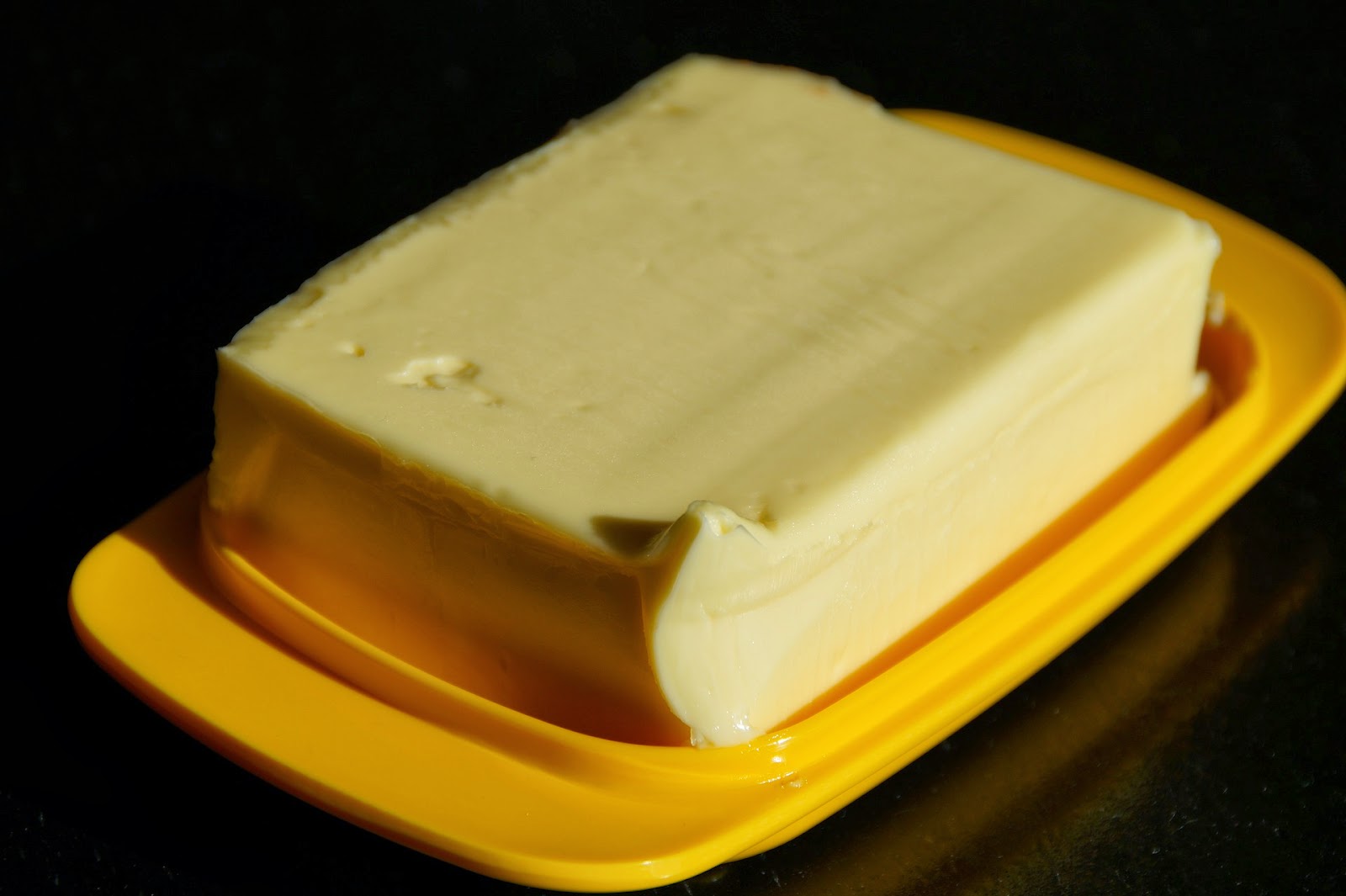 Thanks to yesterday’s post featuring Eoin Colfer, I can’t stop thinking about some of the fabulous “characters” who fill out my family tree.

In particular, it’s my grandmother who keeps coming to mind.

Here are the facts:

She had only an eighth grade education, but she could spell anything. I mean it — anything. Trust me, it was weird.

In addition to her faith, my grandmother held fast to a fundamental belief that everything was better with butter — graham crackers, warm milk, 3rd degree burns, psychological trauma… you name it. If you could slap a pat on it, she was the one to do it.

She had a personal soundtrack of just three songs — “Rock of Ages,” “Amazing Grace,” and “The Old Rugged Cross.” They were sung or hummed in a continuous loop and paused only when engaging in gossip.

Regarding gossip — the main source of most of her material was Mabel. For at least 50 years, it was always “Mabel said…” such and such or “Mabel told me…” this and that. But here’s the kicker — in all that time, none of us ever met the woman. And of course, a few of the nuttier branches of our family tree still ponder whether Mabel was real…

Yes indeed, a great character is close at hand.

Now all I have to do is…

PROMPT: Pick a character from your family and flesh out their facts. Then throw a problem or two his or her way (butter is optional) and voila — instant story, guaranteed! 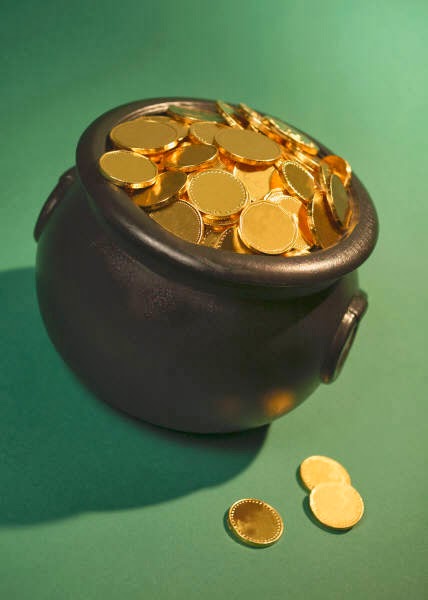 “Practice — write every day even if it’s only for ten minutes. Remember, nothing is wasted. Eventually your style will emerge. Persevere!”
—   Eoin Colfer

Today would be a grand day to celebrate an Irish author, don’t you think?

Eoin (that’s “Owen” for those of you outside the Emerald Isle) Colfer is the creator of the Artemus Fowl series.

In case you’re unfamiliar with the books, Eoin himself describes them as “Die Hard” with fairies.

Seriously, who could resist?

Anyway, I thought we should probably explore exactly what makes this bloke so successful. So, I checked out several interviews and here’s what I've gleaned:

1. Grow up in a storytelling family that takes a lot of road trips in an old Renault 4L. ALWAYS fight to sit in the boot where there are loads of exhaust fumes. The brain damage will pretty much assure your success as a future creative genius.

2. If you've already missed out on #1, then look to family members for inspiration. For example, the impish and prankster nature of Eoin's brothers has inspired many fantastic characters. "I always make myself nice and quiet," he says, "Paul [his older brother] overbearing, and the younger three monkeys." In the second Artemis Fowl book, four goblins (with names almost identical to those of his sibs) have a fight. "I kind of torture them and get them to kill each other off," says Eoin gleefully. "There are advantages to being the writer!"

I couldn't agree more. Your best inspiration is probably close at hand. And face it, writing is a great way to put the FUN back into family disFUNction.

3. Eoin says to pay attention to friends and strangers, too. Other people’s discarded memories could be worth a chapter or two. And they’re free!

4. Write down those dreams — the sleeping kind. Eoin reports, “A lot of my ideas come from dreams. Often I will sit up in the middle of the night and try to remember the dream I just had. One night I dreamt I had written the perfect book, but I woke up and couldn't remember it. I remember that portable toilets featured in it somewhere though.”

A perfect book with portable toilets… Hmmm… Well, you heard it here first.

5. Alas, never expect your children to be impressed. Eoin reports that one of his sons had this to say — “Did it have to be leprechauns, Dad?” You can just hear the kid’s sigh as he continues sadly. “I am the son of the leprechaun king.”

All I can say is expect to find yourself in Dad’s next novel, sonny boy (see tip #2).

PROMPT: Take just ten minutes and use any of Eoin Colfer’s inspiring tips to rough out a new story idea today — Mold a family member into a great character, exaggerate a friend’s old yarn, or use one of your own wacky dreams. Sorry, but I cannot in good conscience recommend huffing exhaust fumes.