What’s Not to Love? 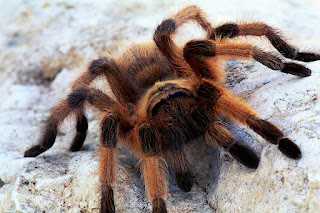 Did you know that this month marks the 60th anniversary of the greatest piece of PR ever produced?


Seriously folks, before that momentous date did anyone in the entire span of human history EVER weep for a spider?

Like many who were won over by this bit of brilliance, I’ve been an arachno-fan ever since my first reading of the E. B. White classic.


But through that wonderful and well-spun yarn, I also realized something bigger…


And it hit me like a ton of tarantulas the moment I saw those final lines (spoiler alert!)…


“It is not often that someone comes along who is a true friend and a good writer. Charlotte was both.”
I wanted to be both, too.

PROMPT: Who could use an image makeover? Tasmanian Devils? Hagfish? Naked mole rats? Flatworms? Pick one and show a little love by making him or her lovable. And while we’re all feeling the love, let’s pause for a few words from the master… 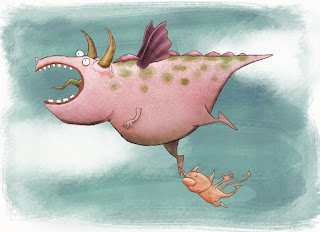 Flight is for the flying.
© Kevan Atteberry


If you’re lucky enough to be a Facebook friend of illustrator Kevan Atteberry, you’ve experienced a monstrously fun month of freshly-created creatures.
Yep, we’re talking Monster-a-Day…
And trust me, they are like chocolate vitamins – only better!
Kevan had the idea for this project in the fall of 2011 when he was looking for a challenge. He wanted to do some kind of exercise in self-discipline – something that would force him to do one creative thing a day.
Then on October 1st it hit him in a beastly sort of way –
“I’m going to draw a monster a day for the month of October,” he said…
And did.
He found the process thrilling and maybe a little scary – there were days when he was sure the well of beasts had run dry…
But somehow, when he looked deep down inside…
he always found one more monster.
Which is pretty amazing considering that he is a really nice guy.
On some days he used news events. Like when he heard that Steve Jobs had died on October 5th, he altered his illustration to reflect that. He also created a monster birthday tribute to John Lennon on the 8th.
Of course, the whole thing was a big success! People loved it, and some were lucky enough to win autographed prints in a contest he held at the end. Woohoooo! Did I tell you he was a nice guy?
You can check out that first Monster Album through Facebook here.
And this year Kevan and his monsters are back as brilliant and beastly as ever. See what he’s done so far here.
It’s the coolest form of self-discipline I’ve ever seen. And you know…


“With self-discipline most anything is possible.”
~Theodore Roosevelt


I’m thinking Teddy was just a tad tentative here because he obviously didn’t have monsters…
Everybody knows that with self-discipline and monsters, EVERYTHING is possible.


Thanks, Kevan, for the inspiration!


PROMPT: Give yourself 30 days of discipline. We’ve already talked about NaNoWriMo for writers, but what about all you rock stars of the visual arts? November is a great month for turkeys (okay, maybe not so great for them, but you know what I mean), wombats, badgers, pugs, or Roosevelt teddy bears. Pick your own particular monster and GO!
For further inspiration, order up a couple of Kevan’s books – Boogie Monster and Tickle Monster (both written by Josie Bissett). Also, check out his website here – his bio is hysterical.
Posted by Barbara Davis-Pyles at 6:46 AM 6 comments: 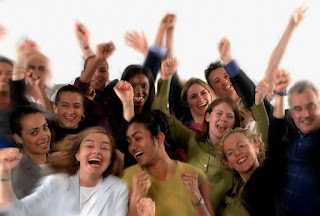 
Yesterday I posted about the Power of Parody, and then just a few hours after I pressed publish – can you guess what I stumbled across?


A news item that demonstrated just how powerful parody can be.


Apparently some kids from a Maine High School had a BIG wish. They wanted best-selling author Stephen King to visit them.


So, they wrote letters and sent him artwork….


Man, these kids were serious.


Then they pulled out the big guns…


Well, can you guess who walked through their school doors last Friday?


And that would have been enough, but Stephen gave them even more. He inspired them with a talk about his writing career and his stint as a high school teacher. Then he provided an in-depth writing workshop for 18 lucky students, critiquing their manuscripts and offering advice. He even took some of the students’ writing home with him, and invited them all to send him more of their work in the future.


So, Elbow Benders, remember that it NEVER hurts to ask…


And if that fails…


ROCK and write on!


But first, let’s close with a little advice from the King himself –

PROMPT: Stephen King has penned nearly 200 short stories, and his genres include suspense, horror, sci-fi, and fantasy, with some comics thrown in for good measure. Flex your short story muscle today in a genre that’s new for you. Also, check out his nonfiction book, On Writing, for great advice without those nasty nightmare side effects.

Posted by Barbara Davis-Pyles at 7:29 AM 4 comments: 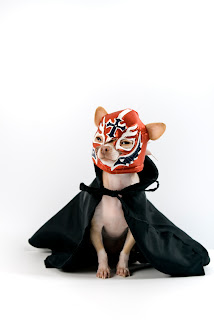 Once upon a time, a father offered this sage advice to his five-year-old son –


"The key to success is doing for a living whatever makes you happy."


And then he handed that child an accordion.


Well, somehow that success spiel and squeezebox combo created a kid who grew to be a man so strange that “Al” was his middle name…


Because Weird became his first.


Yes, today we are celebrating that Prince of Parody, that Sultan of Spoof, that Monarch of Mockery, and October 23rd Birthday Boy…


This creative genius has been going strong since 1980 with hits like Another One Rides the Bus, Smells Like Nirvana, and Eat It.


He’s won three Grammy Awards and has been nominated for an additional 11.


When asked about his creative influences, he mentions children’s author Shel Silverstien.


When asked about his creative process, he says that he makes charts of songs and then brainstorms the parody possibilities…


But he admits that 99% of his ideas are horrible.


Because this is his philosophy –


“You fake something until you're good at it.”


Because Al has found a way to live out his dad’s advice.


And if you’re wondering how to do that yourself, look no further than Al’s favorite children’s author and creative inspiration…


Listen to the shouldn'ts, the impossibles, the won'ts.


Listen to the never haves, then listen close to me...

PROMPT: We’ve parodied before and we are not afraid to do it again! Pick a song and GO! But first, enjoy a little inspiration… Al à la Gaga.

Posted by Barbara Davis-Pyles at 7:23 AM 2 comments: 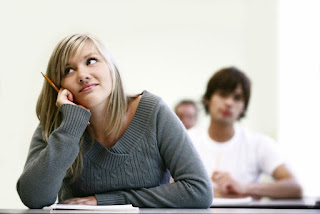 
Researchers at the University of California have found that daydreaming actually improves creative problem-solving!


Are you listening Mrs. B.? Remember how you liked to scare the bejeebers out of me in 4th grade English class every time you caught me building castles in the air on that pie in the sky? Yep, I bet you’re feeling pretty bad about that right now.


Investigators at the Max Planck Institute of Germany found that daydreamers have better working memories.


Good thing, too. I mean, what’s the use of daydreaming up a bunch of awesome creative solutions if you can’t remember any of them?


You know, this new data helps explain an interesting phenomenon…


Back away from that last kid and go ask 10 adults if they’re creative. Nine out of 10 will claim that they are not.


Well, besides hide vegetables under their plates.


So, get your creative mojo back on track by kicking back.


What an awesome way to spend a Monday!

PROMPT: Have you set your writing/art goals for the week? Be sure to add some daydreaming time, too. Seriously grown-ups, you’re going to have to schedule it – because, sadly, you can no longer count on the bonus of boring (Are you listening Mrs. B.?) class time.
Posted by Barbara Davis-Pyles at 7:28 AM 2 comments: