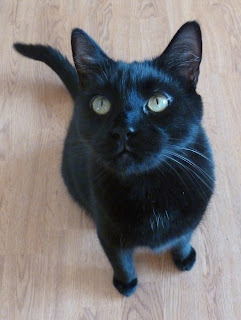 Be afraid! Be very afraid! It is Friday the (gulp) 13th, and that can mean only one thing...
The highest grossing horror franchise in the U.S.A.
Apparently, the Friday the 13th series has made over $650 million since it began its body count back in 1980. And when you consider that the plot of each movie is pretty much indistinguishable from its predecessor, well, that’s saying something.
I’m not sure what, but ... well, something.
However, it looks like those Friday the 13th creators are actually afraid of the number 13.
Get this — even though Jason has Lived, Taken Manhattan, had New Beginnings, Final Chapters, and even his Final Friday — he has had only 12 movies. Twelve. As far as I know, no date has been set for the 13th Friday the 13th.
Hmmmm... Looks like we’ll just have to get our chills from watching the stock market.
At any rate, I really don’t want you to fear this much maligned calendar day. In fact, it might make you feel better to know that the Dutch Center for Insurance Statistics reports fewer accidents and fires actually occur on Friday the 13th.

So, unless you’re heading to a spelling bee, you’re sure to be safe today.

However, if you are heading to a spelling bee, it is imperative that you remember the technical term for “morbid fear of Friday the 13th” —
Friggatriskaidekaphobia.

(I don’t actually have the condition,
but that word gives me some serious heebie-jeebies)


PROMPT: I’d tell you to write the next Friday the 13th movie plot, but that would take you all of 13 seconds. Instead, you can use the day to create with all things superstitious — ladders, rabbits’ feet, broken mirrors, horseshoes, wishbones, and reading blogs. Okay, I made that last one up, but I think it’s a lucky thing to do. In fact, I've added my sweet (unless you are a unicorn) black cat’s photo above to work as a double negative just for you. After all, if you don’t have no good luck, then good luck is sure to abound!

A Chance for Rants

For the love of Pete (and simplicity), why are there so many buttons on my television remote control?

And here’s another thought —

But donning a bikini covering roughly 3 square centimeters of skin gets a thumbs-up from the authorities?

When I call in to receive my voicemail messages, why oh why does the pseudo-human robot voice eat up precious cell phone minutes to ask me if I want to hear my messages?

No. I do not want to hear my voicemail messages. I actually called because I am lonely and longed to hear a pseudo-human robot voice. OF COURSE I WANT TO HEAR MY MESSAGES!!

Have you ever wanted to go off like a Roman candle over some petty annoyance or things that don’t make any sense?

Unless your first name happens to be “Saint,” I’m pretty sure you've answered in the affirmative.

Well, today is your lucky day.

It’s time to have a little fun with those rants in your pants.

So, grab a bit of inspiration from my favorite ranter, Hank Green...

PROMPT: Write out your own personal favs in the rant department, or create an awesome rant for your main character.

Write… and rant on!

Posted by Barbara Davis-Pyles at 4:17 AM No comments:

It's Now or Neverland 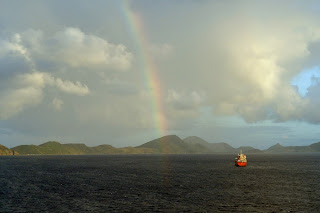 Back in April of 1929, J.M. Barrie turned over his copyright for the famous Peter Pan to the Great Ormond Street Hospital in London.

Then in 2004 when the boy who never grew up became a centenarian, the hospital held a competition for novelists. The challenge? Write an official sequel in Pan’s honor.

The award went to Geraldine McCaughrean for her manuscript, Peter Pan in Scarlet.

So, that got me thinking…

What if you wrote a sequel to some classic tale?

And without a doubt, a whole slew of folks out there want to know what happened after happily ever after.

Of course, my daughter won’t be one of them.

and Red and The Woodsman set up Ye Olde Taxidermy Shoppe just down the road from Granny’s.

You can't live with them.

But who would want to live without 'em?

PROMPT: Pick an old favorite and change “The End” to “What Then?”

Posted by Barbara Davis-Pyles at 4:05 AM No comments:

Don’t Be Afraid of the D-A-R-K 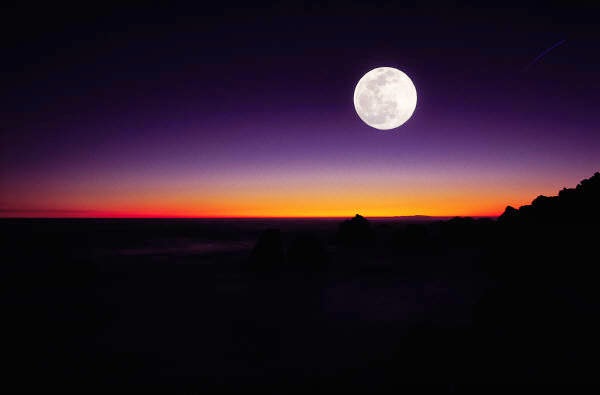 Maurice Sendak would have been 86 today. So, let’s take a moment or two to celebrate the life he muscled through.

Apparently this talented writer and artist, who delivered delight to so many childhoods, had a dreadful one of his own. In fact, in one interview he said the best way to describe his childhood was “D-A-R-K.”

First off, he was a very sickly kid who spent most of his time in bed. This was in the midst of The Great Depression, which made the outside world pretty grim, as well. On top of all that, stability wasn't a big part of the Sendak family plan.

Maurice reported that his family moved often. Why? Because his mother could not bear the smell of fresh paint. Every time a landlord wanted to spruce up the place, they had to go. Of course, Mom’s “instability” made life difficult in other ways, too.

Then World War II came along, and the Sendaks were driven even further into despair as many of their European relatives perished in the Holocaust.

And my heart goes out to the little Maurice who lived through it.

It makes you wonder what one does with darkness like that.

Well, here’s what Maurice did…

From the confines of his bed, he honed his drawing skills. Chaos and gloom may have surrounded him, but he held fast to bright dreams of a better life. Then he used the darkness itself to transform into something completely different —

Remember those monsters in Where the Wild Things Are? Maurice says they were all inspired by the batty family members who “hovered like a pack of middle-aged gargoyles” over his childhood sickbed.

We all have it.

It’s what we do with it that counts.

PROMPT: If you've got life, no doubt you've got darkness. But never, never forget — it can always be used to create something beautiful.

Email ThisBlogThis!Share to TwitterShare to FacebookShare to Pinterest
Labels: Famous Artists, Famous Writers, It's All Material 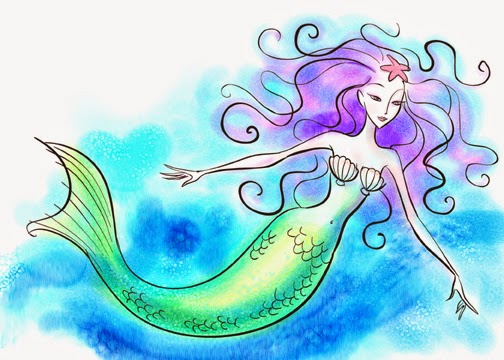 “And DON’T underestimate the importance of BODY language! HA!”
—Ursula the Sea Witch (The Little Mermaid)

Psychologist Albert Mehrabian has found that “the verbal component of a face-to-face conversation is less than 35% and that over 65% of communication is done non-verbally.”

This is a great fact to remember when working with dialog. By adding those nonverbal elements, you keep your writing real.

So, steeple those fingers, check the time, and cross those arms — ditch the words.

PROMPT: Take it from Edna and “Show Don’t Tell.” Give your creative muscles a workout by writing up an entire conversation without using spoken words.

Posted by Barbara Davis-Pyles at 4:09 AM No comments: