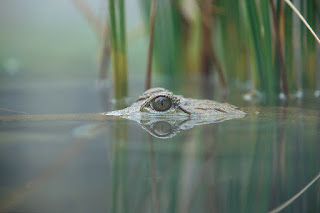 This week in the Land Down Under, Cassius, the world’s largest saltwater crocodile in captivity, celebrated a monumental birthday…

And of course, they had quite a colossal wingding at Marineland Melanesia.

They shed a few croc-y tears.

They even served up a great big croc-y cake, weighing in at 44 pounds!

However, most of the guests offered a polite “No thank you” when the pieces were passed around.

Who knew that the folks who brought us Vegemite could be so dang picky?

No matter, Cassius gave a “more for me” kind of grin and devoured the whole thing in 30 seconds.

By the way, I've seen the photos —

And I am pretty sure he ate the candles, too.

PROMPT: It is remarkable how often “cuddly” crocodiles show up in books for children. Go ahead and “sanitize” the Cassius birthday celebration if you’d like – complete with party hats, friendly hippos, and chocolate cake instead of chicken necks. Then again, you could go totally non-PC rogue like author Sylviane Donnio. Her adorable little crocodile story (illustrated by Dorothee De Monfreid) gives it to you straight. The title? I’d Really Like to Eat a Child.

Posted by Barbara Davis-Pyles at 6:56 AM No comments: 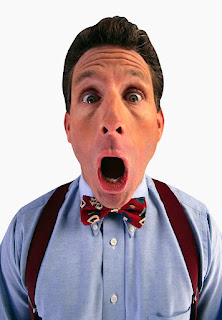 It was Etiquette Week last week, and DANG we missed it!

But HECK, I didn't miss this —

New data reveals that those of us here in the great state of Washington curse much less often than the rest of you.

I know what you’re thinking—

The same thing I was…

You see, it is not that we curse less. SHELL no.

Here in the Evergreen state we've simply perfected the pseudo-swear.

So don’t get our dander up.

Because if you choose to use those REALLY bad words —

Trust me, we will not hesitate to call you a SON OF A PEACH MOTHERTRUCKER right to your face.

And the state that’s chock-full of potty-mouthed pirates majoring in expletives?

No wonder they call themselves the BUCKeyes.

PROMPT: If your character needs to say something, but can’t because “there are preschool toys present,” then you need to learn the fine art of pseudo-swearing. Make a list of colorful ways for him or her to let it all hang out. Need some inspiration? Pick up The Craptastic Guide to Pseudo-Swearing by Michelle Witte.

Holy sheet rock, this is gonna be fun!

Posted by Barbara Davis-Pyles at 7:04 AM No comments: 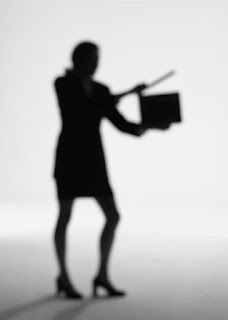 This morning my heart is aching for the folks of Oklahoma.

But I've got the written word, and that is a powerful tool.

Rather than sit and wring my hands, today I’m going to use my words to encourage you to take action.

Together we can create a lot of good stuff in the world.

For example, you can make a donation to any of the following organizations. They will be providing food, water, and emergency shelter, as well as emotional support for first responders and tornado survivors —

But you certainly don’t need to make a contribution to this cause.

Instead, you can use YOUR words today in some other powerful way —

Spread the word about a cause that stirs your heart.

Write a letter to an old friend, a grandpa, or an aunt.

Send an email to your Representative concerning a political issue you feel passionate about.

Write a love note to your partner or child.

Accompany all of the above with hugs.

Yes, even the one to your Representative.

PROMPT: Great things can happen when you use your powerful words. Take some written action today.

And don’t forget the hugs.

Posted by Barbara Davis-Pyles at 7:01 AM 2 comments:

You’re in the Money! 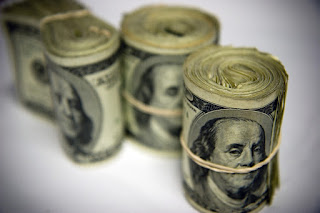 If you’re the person who won that gazillion dollar Powerball jackpot over the weekend, this is your second lucky day.

The rest of us are going to have to stretch our fiction muscle and pretend.

Yes, May 20th is Be a Millionaire Day!

My research could not track down exactly how this holiday happened to get started, but heck, it is a great day to work on your what ifs.

And what ifs do wonders for creative thinking, you know.

What if you had that kind of dough?

Would you give it away?

Buy something you've always longed for?

Or just rake it into a great big pile à la Scrooge McDuck and dive in?

Ah, the possibilities are such delicious fun to ponder, aren't they?

And yes, deep down inside we all know that money won’t buy happiness.

But hey, we also want to prove that theory ourselves…

just to be sure.

PROMPT: What would you do with a million bucks? What would your story’s main character do? A windfall can make for an interesting plot twist. Is it a big time blessing or crushing curse? YOU get to decide.
Posted by Barbara Davis-Pyles at 7:08 AM No comments: