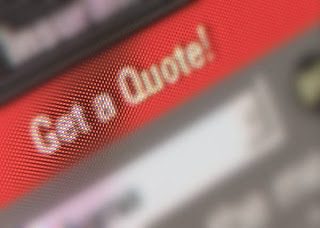 Today, in honor of what would have been Dorothy Parker’s 120th birthday, I thought that it would be fun to explore quotes from the dead.

Just in case you aren't familiar with Dorothy — she was an American poet and writer known for her wit and wisecracks. Her secret?

“Every day I get up, brush my teeth, and sharpen my tongue.”

And even though she made her living as a writer, it was a love/hate relationship —

“I hate writing, I love having written.”

She was never one to mince words when asked her opinion —

“This is not a novel to be tossed aside lightly.
It should be thrown with great force.”

“This wasn't just plain terrible, this was fancy terrible.
This was terrible with raisins in it.”

And you could probably write a whole book of Parker Proverbs —

Beauty is only skin deep, but ugly goes clean to the bone.

Before her death, Dorothy had this to say in an interview —

“That would be a good thing for them to cut on my tombstone: Wherever she went, including here,
it was against her better judgment.”

Well, it turns out that this wasn't her epitaph after all.

After her death, Dorothy was cremated, but in a novel-worthy twist of fate, her ashes went unclaimed. So, they sat on a shelf at the crematorium for a few years. Somebody finally noticed and shipped them to her lawyer’s office. He obviously realized that there was no billable hour potential in dealing with some dead lady’s ashes, so he put them on a shelf, then on a desk, and finally in a filing cabinet (under P?) for another 17 years or so. Oh, I can only imagine the field day that Dorothy would have had with THAT.

Funny to the end — and then some.

PROMPT: Do not wait another day — begin writing your witticisms now. And don’t just do it for yourself — do it for your family, your friends, your country, and all those 22nd-century bloggers desperate for material.

Posted by Barbara Davis-Pyles at 6:00 AM

Email ThisBlogThis!Share to TwitterShare to FacebookShare to Pinterest
Labels: Famous Writers, Today is the Day